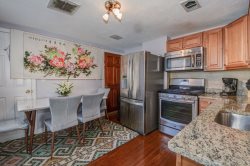 Have you ever had a difficult time explaining to your child, nephew, niece, or frankly, anybody else who asked how Thanksgiving Day got started and became a national holiday in the United States? Well, please bookmark this article as your go-to cheat sheet when you are asked.

Known as 'America's Hometown', Plymouth, MA is widely considered to be the birthplace of the United States of America we know and love today. This is the location where the English pilgrims aboard the famous Mayflower landed in the early 17th century and established their first ever settlement. Named after the city of the same name in England, Plymouth, MA is one of the oldest municipalities in all of North America and holds special significance for the New England region and the entire American population.

In all started way back in the early 1600’s, when the Pilgrims, who were a group of ordinary English men, women and children, wanted religious freedom. While England’s King at the time adopted a stricter and more structure form of Christianity, the Pilgrims wanted a simpler adaptation, and as a result, they were also called “Puritans.”  In order to practice religion according to their interpretations, in 1620, the Puritans decided to leave their motherland, and set sail on a dangerous commute across the North Atlantic Ocean aboard the Mayflower. From Europe to the Americas, the distance traveled was more than 3,000 mile from a small English town called, surprisingly, Plymouth, England. The groups landed in the Americas and promptly named it Plymouth.

Thanksgiving Day occurs the last Thursday in November every year. In 1621, the Plymouth colonists and Wampanoag Indians shared an autumn harvest feast that is acknowledged today as one of the first Thanksgiving celebrations in the colonies.

For more than two centuries, days of thanksgiving were celebrated by individual colonies and states. It wasn’t until 1863, in the midst of the Civil War, that President Abraham Lincoln proclaimed a national Thanksgiving Day to be held each November.

Like clockwork, after disembark in Plymouth, and the settler’s first harvest back in 1621, Thanksgiving has been celebrated by groups of Americans in one form or another. The holiday and Plymouth is the symbol of where our national celebration began.   According to Plimouth Plantation, the classic Thanksgiving menu of turkey, cranberries, pumpkin pie, and root vegetables is based on New England fall harvests.

Nowadays, with great weather, beaches, shopping and a vibrant nightlife, most people visit Plymouth during the summer. However, although different, it is equally beautiful and fun during the fall season. Come check out the history by visiting history first hand.

In Plymouth, there is no shortage of things to do. For history, be sure to visit Plimoth Plantation, Plymouth Rock, which can be found at the Pilgrim Memorial State Park on the shore of Plymouth Harbor, and the Mayflower House Museum are among the interesting historical places to visit. Even the beaches are pretty during the fall season. During this cooler period of the year, you will enjoy taking a romantic walk on Long Beach, the beach at Ellisville Harbor State Park, or the beach at Nelson Memorial Park with your love one(s.)

Although during the fall, leading up to Thanksgiving, the foliage views are breathtaking, and adds to the many reasons to visit during non-peak season. Best viewing can be found in Myles Standish State Forest, Douglas S. Westgate Conservation or Great Neck Wildlife Sanctuary, all located in nearby Carver.

This November, in the spirits of the Pilgrims did in the past, pack the family’s belongings and visit Plymouth. For in depth experience, visit Plimoth Plantation. To be better prepared to answer the difficult question of how Thanksgiving Day started, you might want to visit Plymouth, Massachusetts. And be sure to bring your child, nephew, niece, or frankly, anybody else who ask you that question!